2010 has started well for the Ben Granfelt Band.
After a club tour in Finland BGB has been in the studio working on their 11th album since -94.
The album tentatively called “Turning Point” will be released in the autumn.
“I’m really

Ben Granfelt Band, BGB, gets its energy from playing live gigs and this is also where the band is at its very best. The music is a pure cocktail of rhythm, melody and soul where even progressive and heavy rock music styles blend in naturally. This is rock music with a twist of blues-heavy-groovyjamming and it just can’t get much better.
Like vintage wine Ben Granfelt just keeps getting better over the years. This 45 year old musician has a way of always sounding fresh but staying true to his own familiar sound at the same time. Ben Granfelt Band’s 10th album Kaleidoscope takes you on a musical journey and is released on Feb 4, 2009 in Finland and later elsewhere in Europe.
As most guitarists Ben has a long history of playing the guitar. He started as a little boy and has since played with many famous bands (e.g. Wishbone Ash, Leningrad Cowboys) and soon on 26 albums. His solo band was formed in 1993 and BGB has toured clubs and festivals in Finland, UK, Germany, US, Austria and Switzerland. Ben Granfelt and his band is also highly appreciated at the Abu Dhabi and Dubai Jazz Festivals.
When Ben is not bending the Fender this father of two is very much a family man. His schedules are planned according to the family and his hobbies, the martial arts. While Ben might be somewhat bendable in his parenting his achievements in martial arts speak of his uncompromising determination: 2nd degree black belt in karate and brown belt in Brazilian jiujitsu. Influenced by e.g. Gov’t Mule, Jeff Beck, Peter Frampton and Robin Trower Ben interprets daily life into music and his music becomes a painting of it all.
Drummer Miri Miettinen has played with Ben since the begining of Ben’s solo career. Miri has played on over 300 albums as a studio musician and in many bands, films and theatrical plays. He also works as a drum teacher and runs his own SoundFactory studio with his partner.
Bassist John "Groovemaster" Vihervä is the king of jamming! He generates the pulse of life anywhere he plays. Among other groups John has played in Stratovarius, Five Fifteen and Monsterbore.
Kasper Mårtenson (keyboards) is the newest member of the band. Kaleidoscope is a great example of keyboards adding the final strokes completing the painting. Kasper has previously played in Amorphis.

grooveyardrecords.com: ….Highly recommended to fans of Hendrix, Trower, Gov't Mule, Pink Floyd & Plankton… It's all Ben - and his band. Period. He effortlessly kicks in effects from a retro-sensible palette on a bar-by-bar basis to push the envelope and flesh out the power trio delivery with teeth-gritting energy and stylistic confidence, featuring dramatic tonal coloring and classic retro tones, circa 1971...and before. They say that to learn is to remember...so...listen to "The Sum Of Memories." Learn...and remember.
Welcome back to the future, fellow travelers – Ben Granfelt Band has been waiting for you…

Tribune.com.ng: Ben Granfelt, awarded the Golden Emma award as best guitarist by the Sounds Guitar Society in Finland, plays all over the planet. He has attended a record of 450 shows, with nine CDs, while the 10th is on the way. His performance, which is highly rated at the festival, heralded the second day’s show. 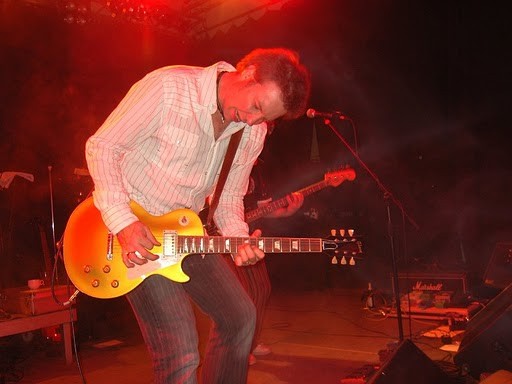